Exactly what it said on the tin

Clear and calm at dawn but while remaining calm it gradually clouded over through the morning to eventually rain most of the afternoon (which, in the interest of unbiased reporting was exactly what the forecast said would happen!); a decent 57 new birds were caught through the morning session with the second Red-breasted Flycatcher of the year the highlight.
Other migrants caught included the third Great-spotted Woodpecker of the spring, a Tree Pipit, 4 Redstarts, 2 Icterine Warblers, 2 Lesser Whitethroats, 5 Whitethroats, 6 Garden Warblers, 2 Blackcaps, 20 Willow Warblers, 3 Spotted Flycatchers and 4 Pied Flycatchers. 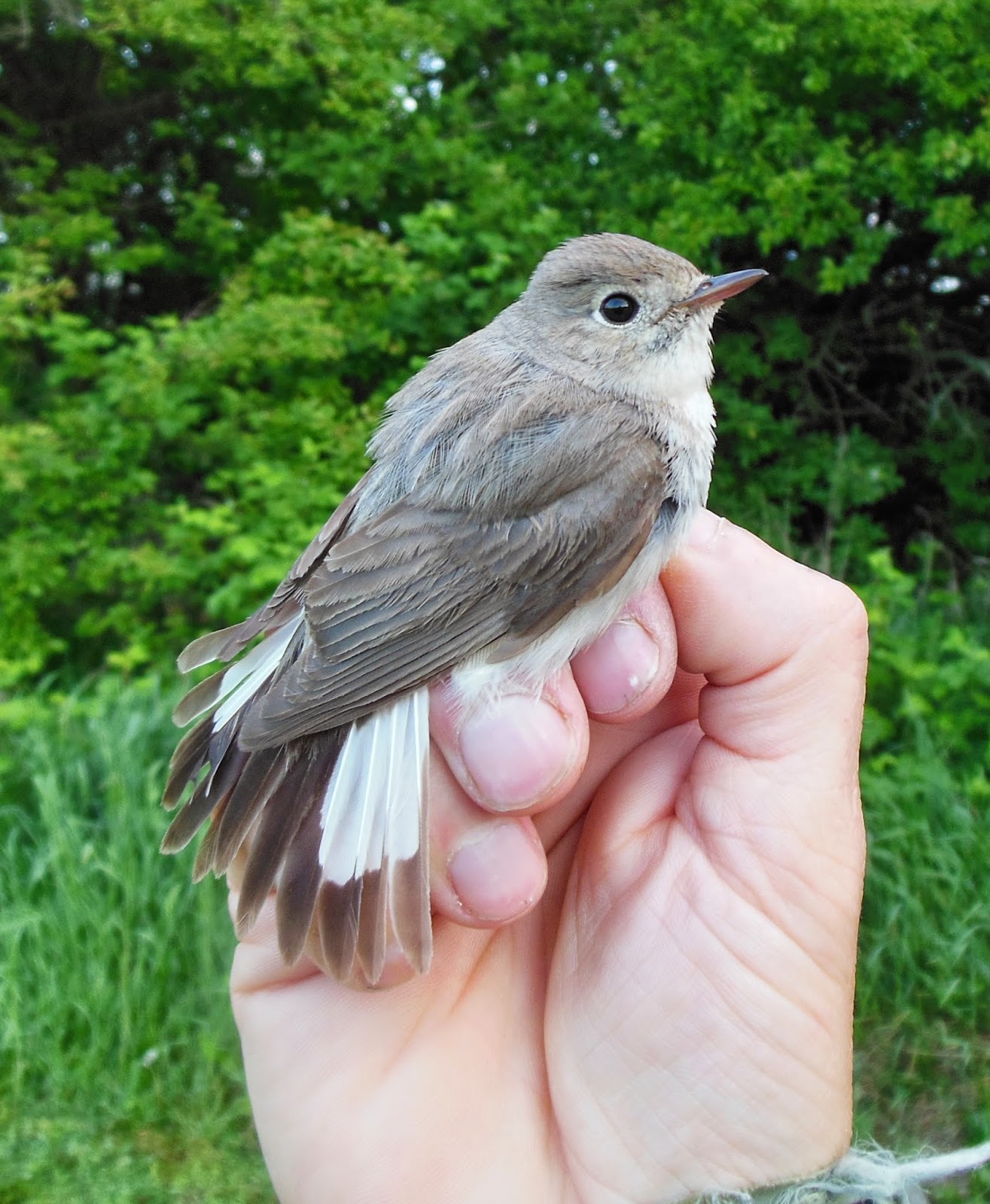 Red-breasted Flycatcher
After missing them for the last two days I finally caught up with 2 lovely summer plumaged White-winged Black Terns as they flew east; other birds seen from the station included an Arctic Skua, one flock of 24 Little Gulls, a few flocks of Arctic Terns moving east and a steady movement of mainly 1st year Black-headed and Common Gulls.
As well as a few more White-winged Black Terns, Louis had two separate Whiskered Terns moving with the Arctics as well as 2 more large Diver sp. and a Short-eared Owl.
Also of note Gert weighed in with a Black Woodpecker up at Bøtø (who knows, maybe the same bird that was seen at the station on 9th May) as well as 10 more White-winged Black Terns.﻿ 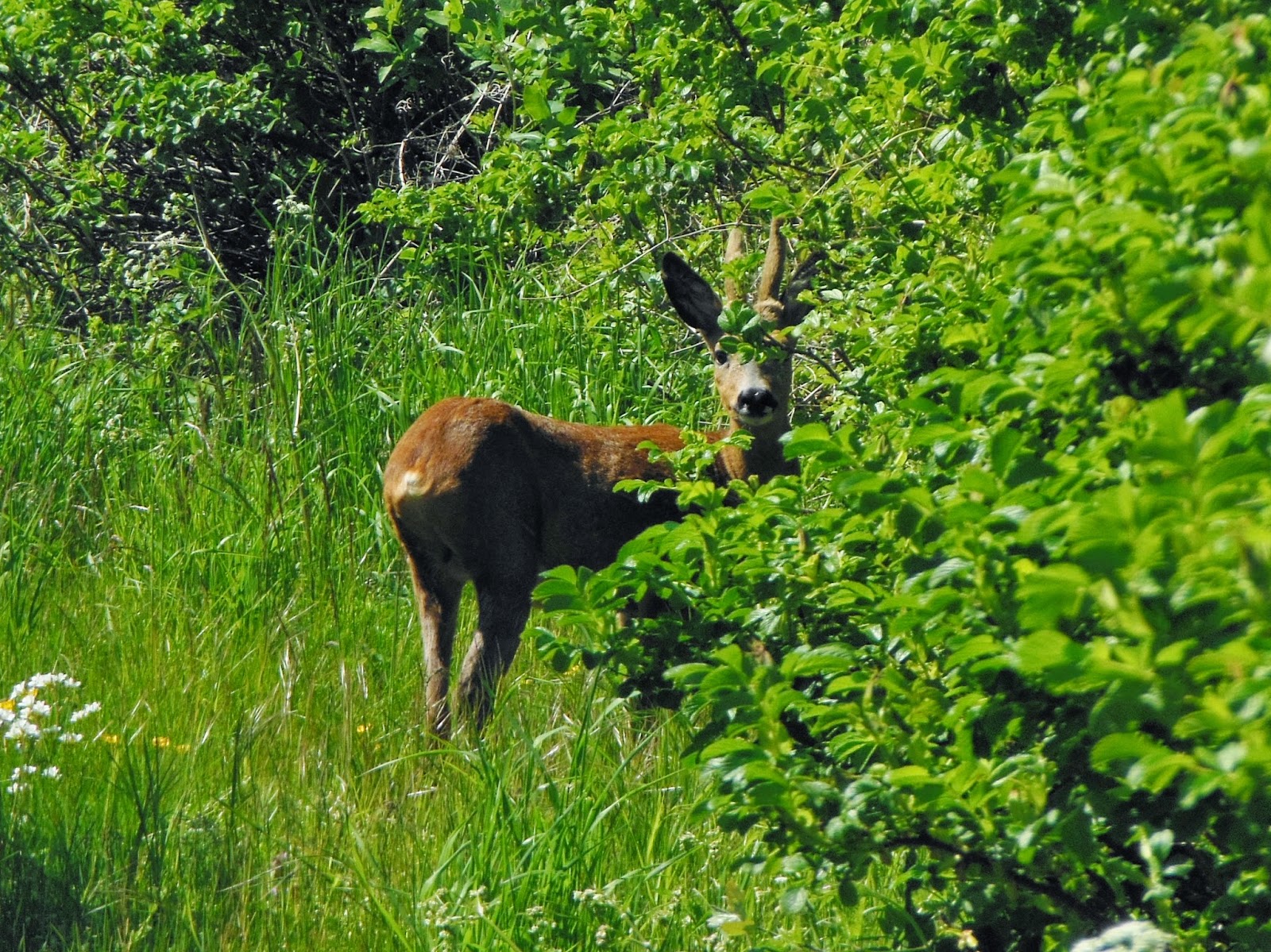 Gonna have to hide better than this, its hunting season now!
Indsendt af Gedser Fuglestation kl. 18.19