For once fog did me a favour

As I set out to open the nets just before dawn, it was calm and clear with a very bright moon but before I had finished a bank of fog had rolled in obscuring the moon and sky, "aahhaa" I said "this will drop some birds in".   I was right as well, the changing weather produced an excellent and varied arrival of birds through the morning as 93 new birds were caught; a smart Red-breasted Flycatcher and the first Red-backed Shrike of the year being the highlights.
Numbers were made up of 2 Tree Pipits, a White Wagtail, the first new Robin for a while, 12 Redstarts, the first Reed Warbler to be ringed, 4 Lesser Whitethroats, 8 Whitethroats, 7 Garden Warblers, a Blackcap, a Wood Warbler, 2 Chiffchaffs, 39 Willow Warblers, 4 Spotted Flycatchers (there were 15+ around the garden), 2 Pied Flycatchers and a late Brambling. 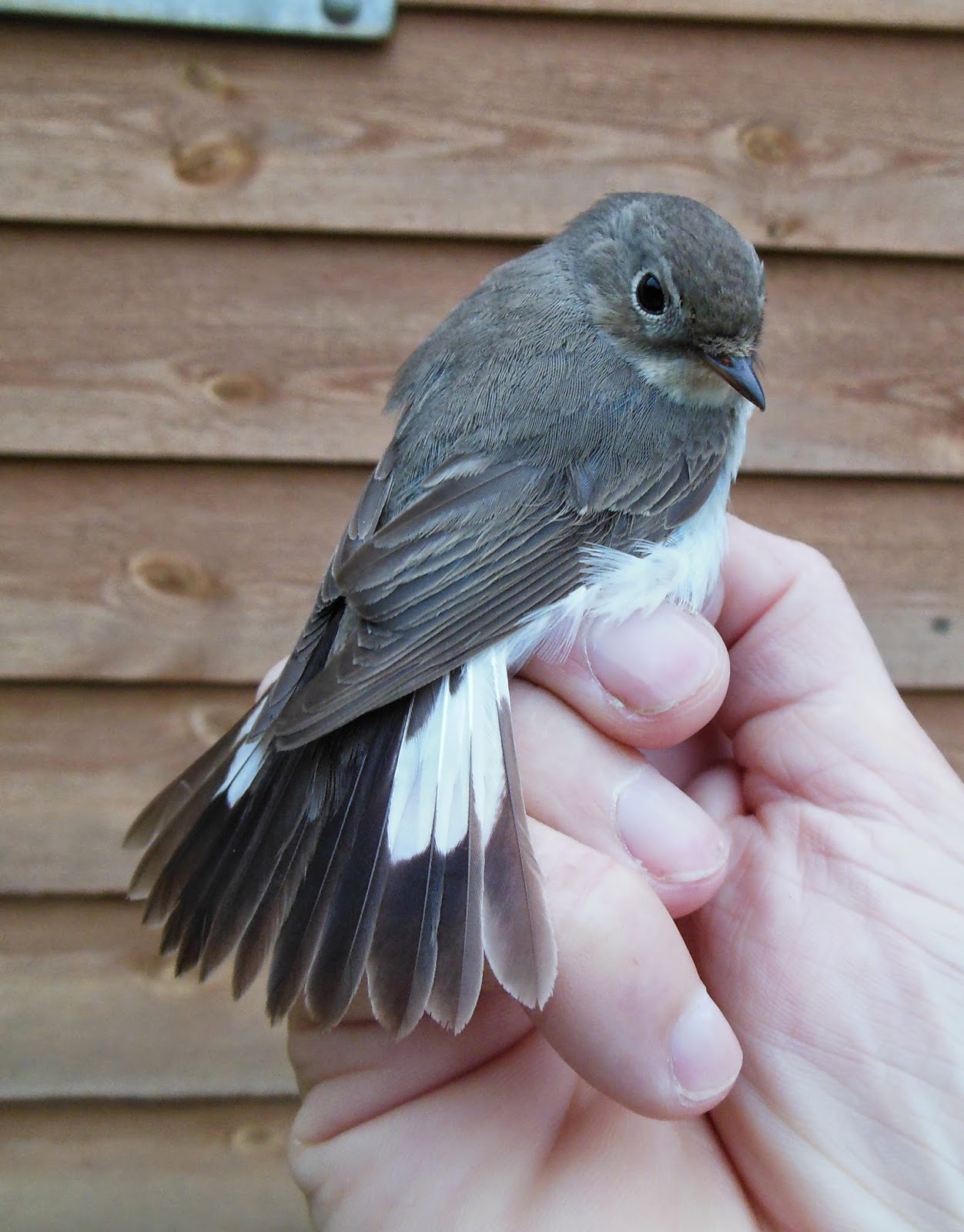 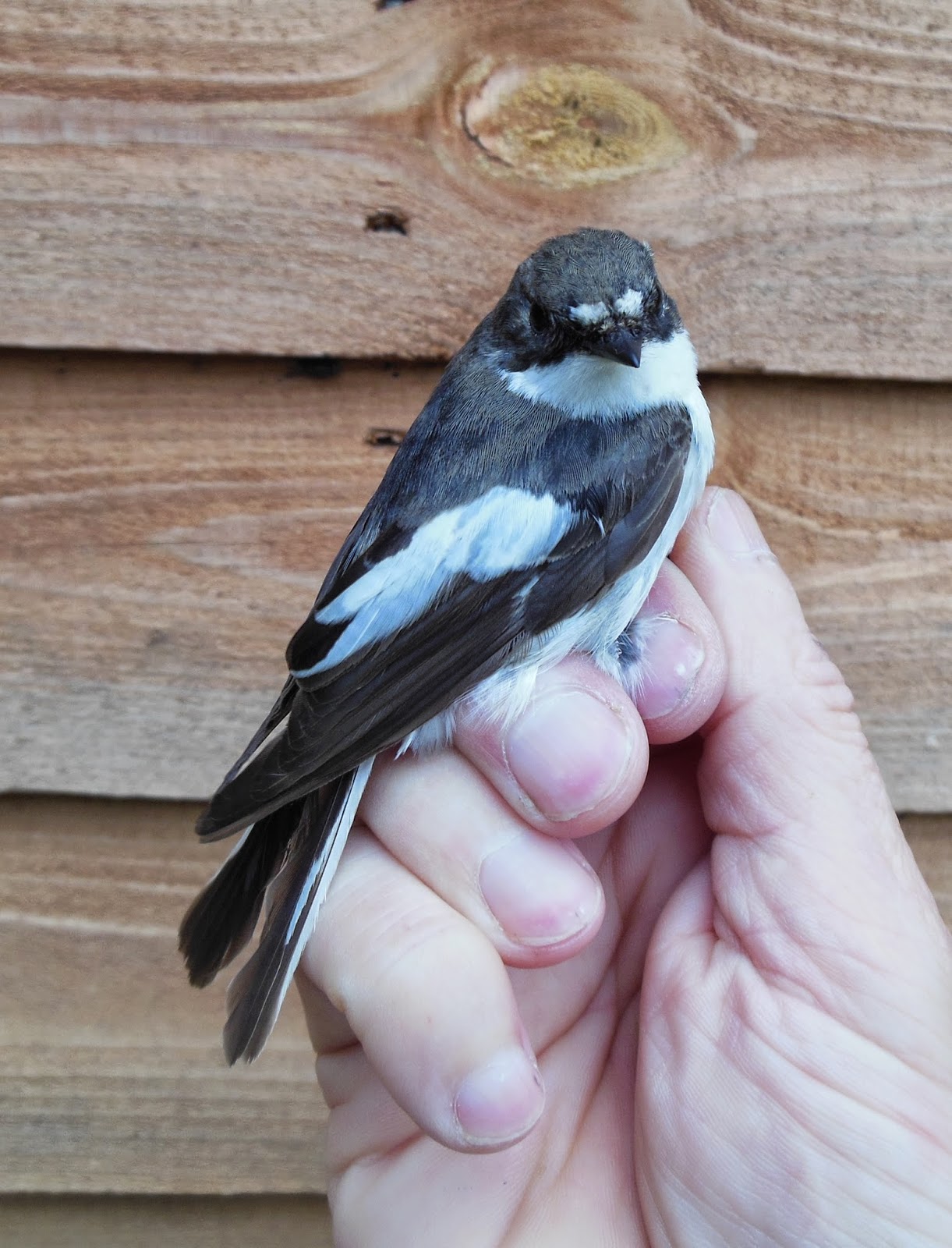 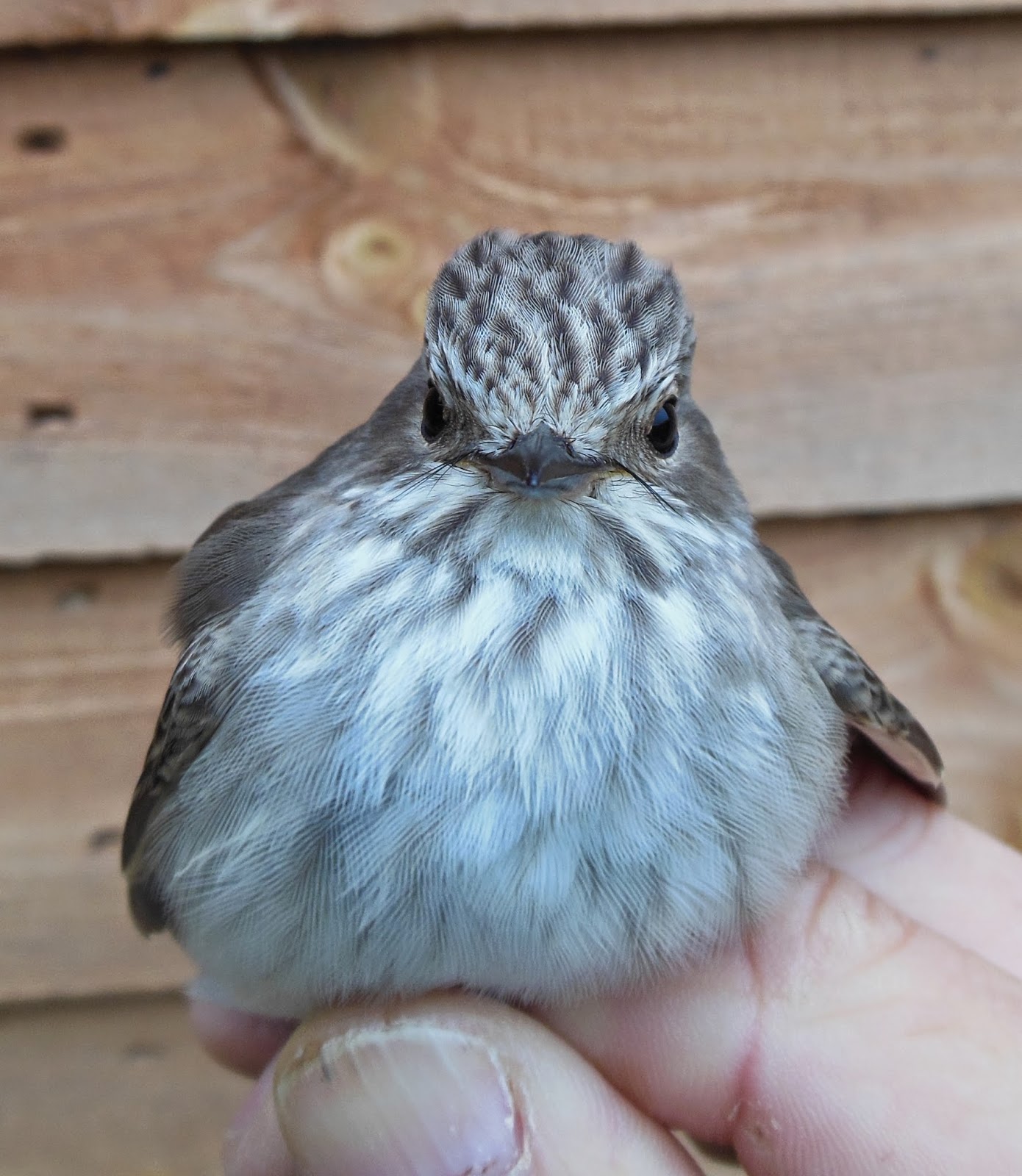 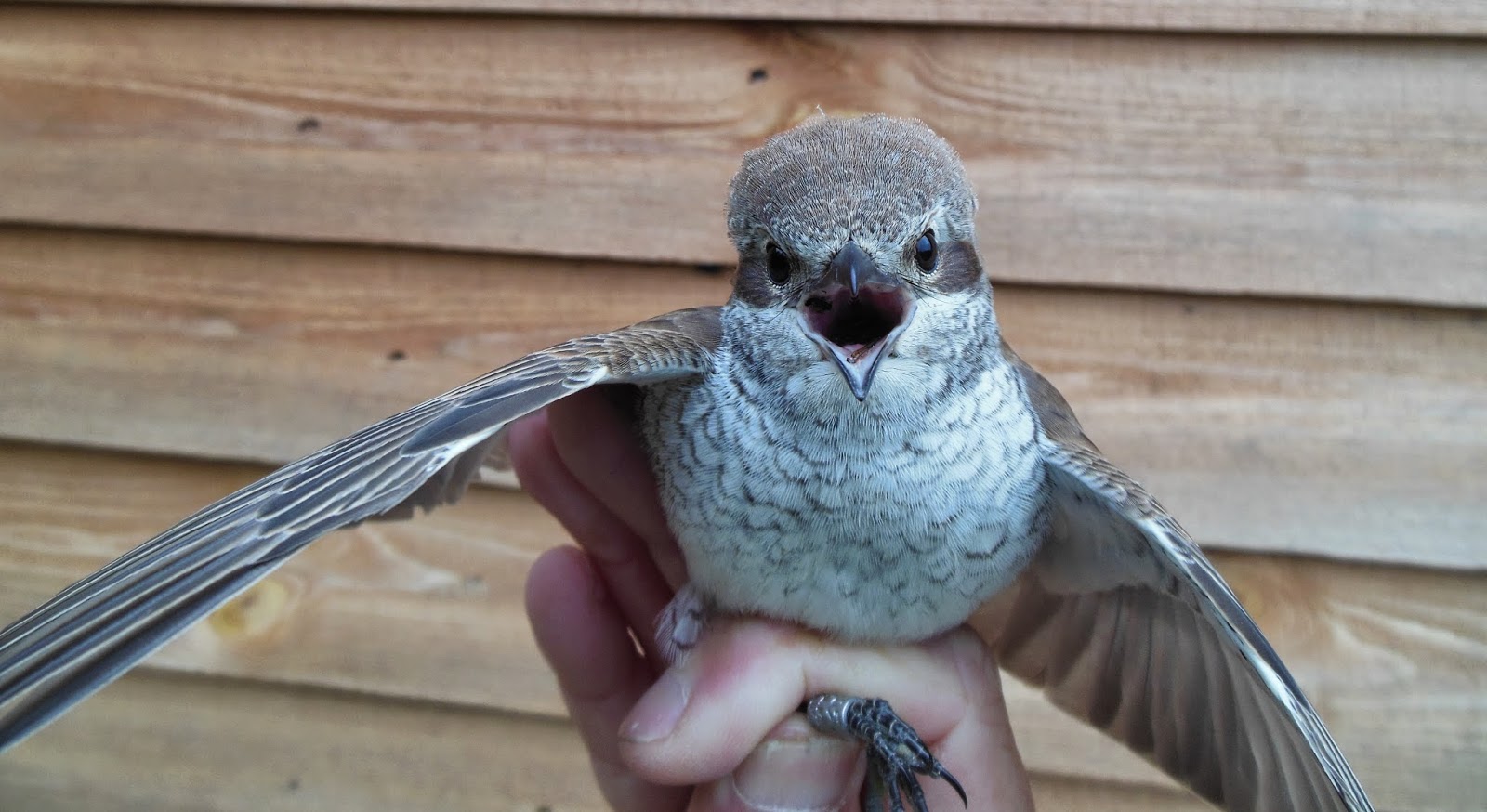 An angry Red-backed Shrike
Other birds seen through the morning included a Golden Oriole which dropped in briefly and gave a little song, 3 Whinchats, 4 singing Icterine Warblers and a good flock of Swallows, Sand Martins, House Martins and Swifts brought low by the fog.   A group of 6 Cranes flew east and an Osprey circled the station mid-morning.
A singing Marsh Warbler and 3 singing Reed Warblers were at Kroghage in the afternoon but there were few other migrants present although it was impossible to tell who was a migrant and who was setting up territories as there were singing warblers all over the place!﻿
Indsendt af Gedser Fuglestation kl. 18.19