A stunning, glorious day - calm, hot and sunny and it followed the prescribed route with a small rush of birds in the first two hours of the day before becoming very quiet and turning into a day to cut the grass and get your tan on!   The dawn rush produced 34 new birds caught and ringed including the first Wheatear and Sedge Warbler to be ringed this year, 13 Willow Warblers, 5 Garden Warblers, 2 Lesser Whitethroats, an Icterine Warbler, a Blackcap, 2 Reed Warblers, 2 Whitethroats and somewhat surprising, 2 Goldcrests.
These were the first Goldcrests caught since 17th April; one at least was probably a failed breeder, already moving around as she had a big brood patch but the other, also a female showed no signs of breeding so was probably a late migrant. 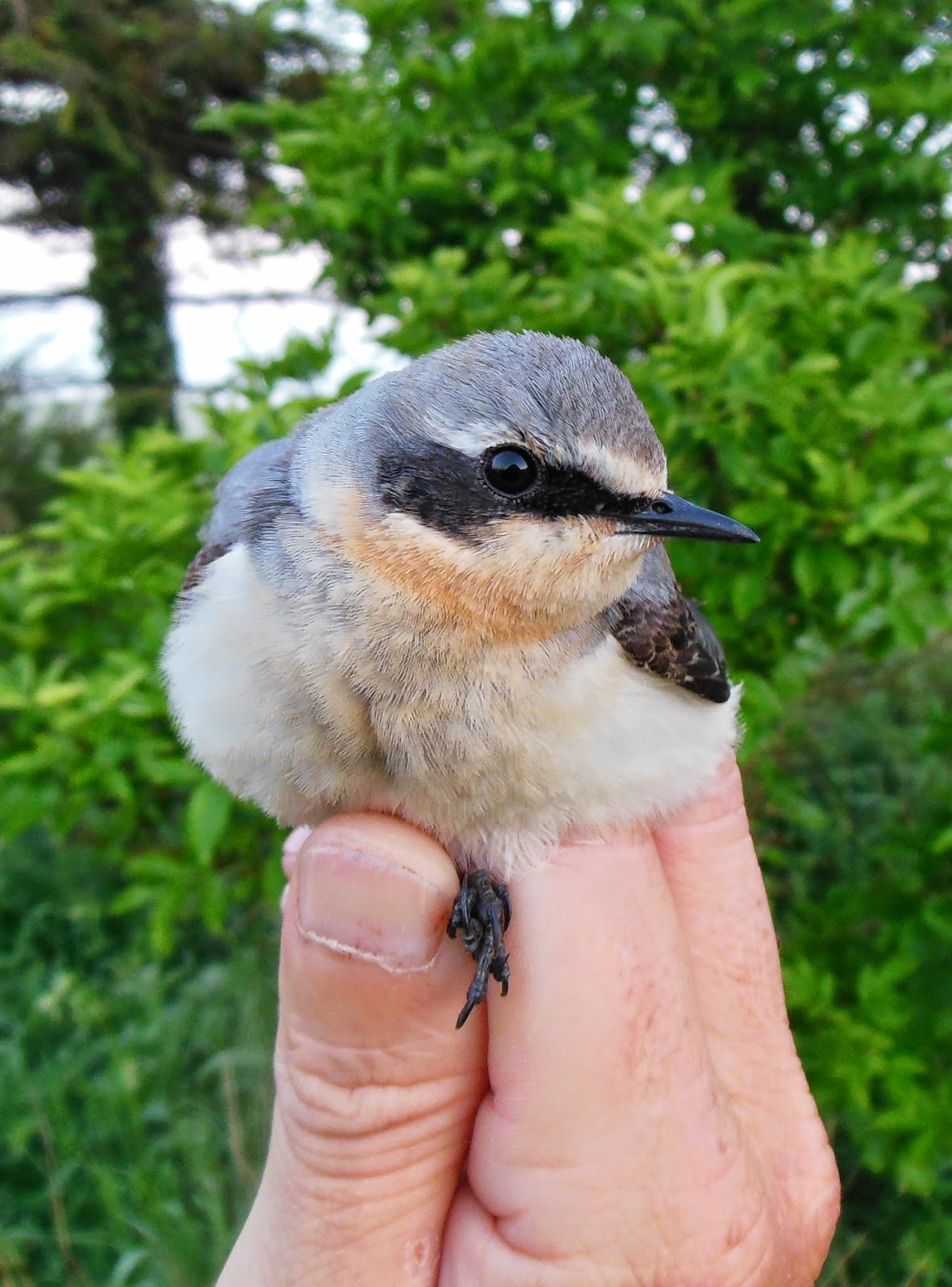 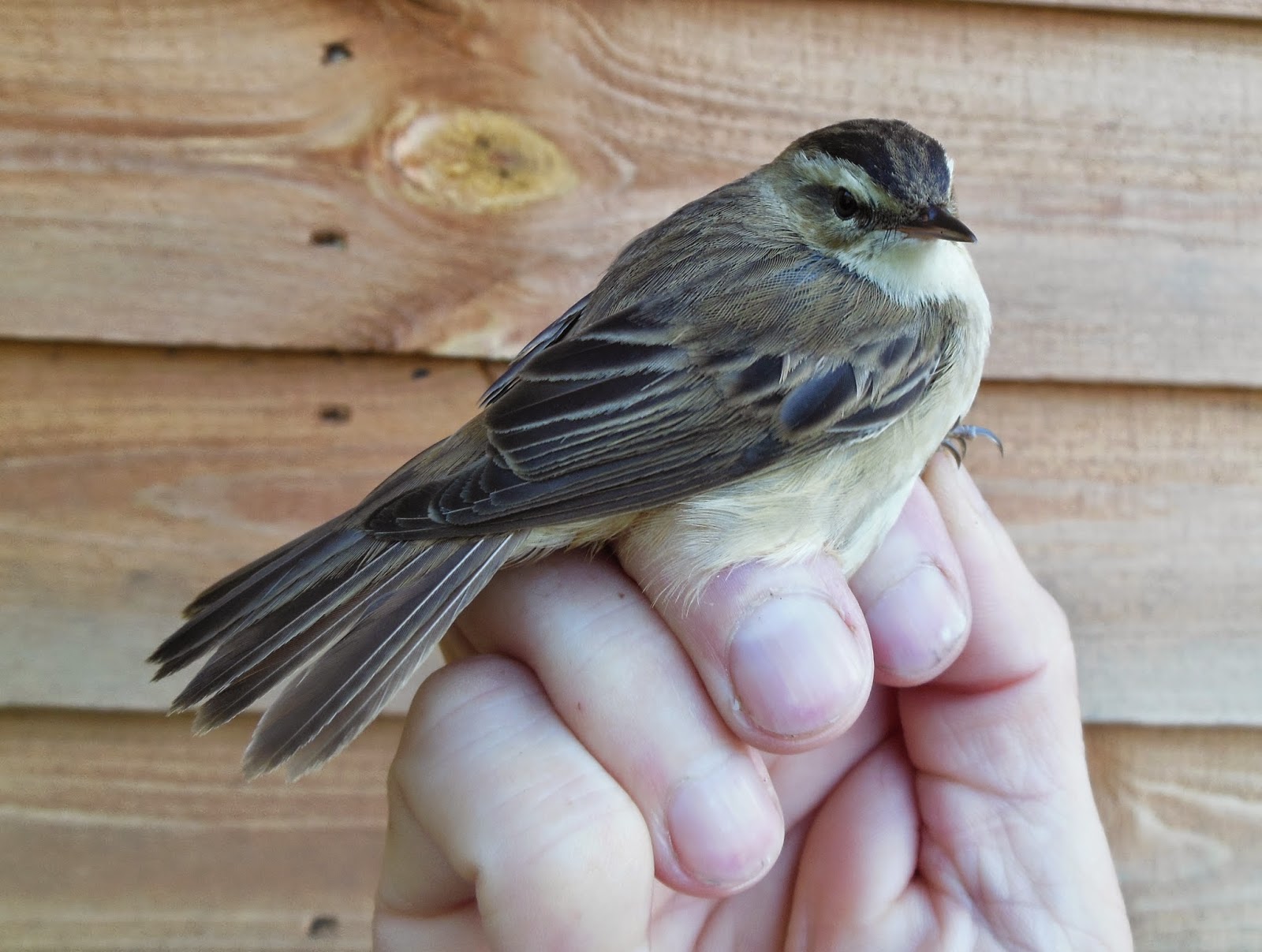 Sedge Warbler
The day's other main bird news was a/the Black Woodpecker making another appearance, flying east across the front field in front of Gert and Benny early morning - I missed it by roughly 10 seconds (imagine how annoyed I would be if I hadn't seen the one earlier in May!).   Who knows if its the same lingering individual, logic would suggest it probably is.﻿ 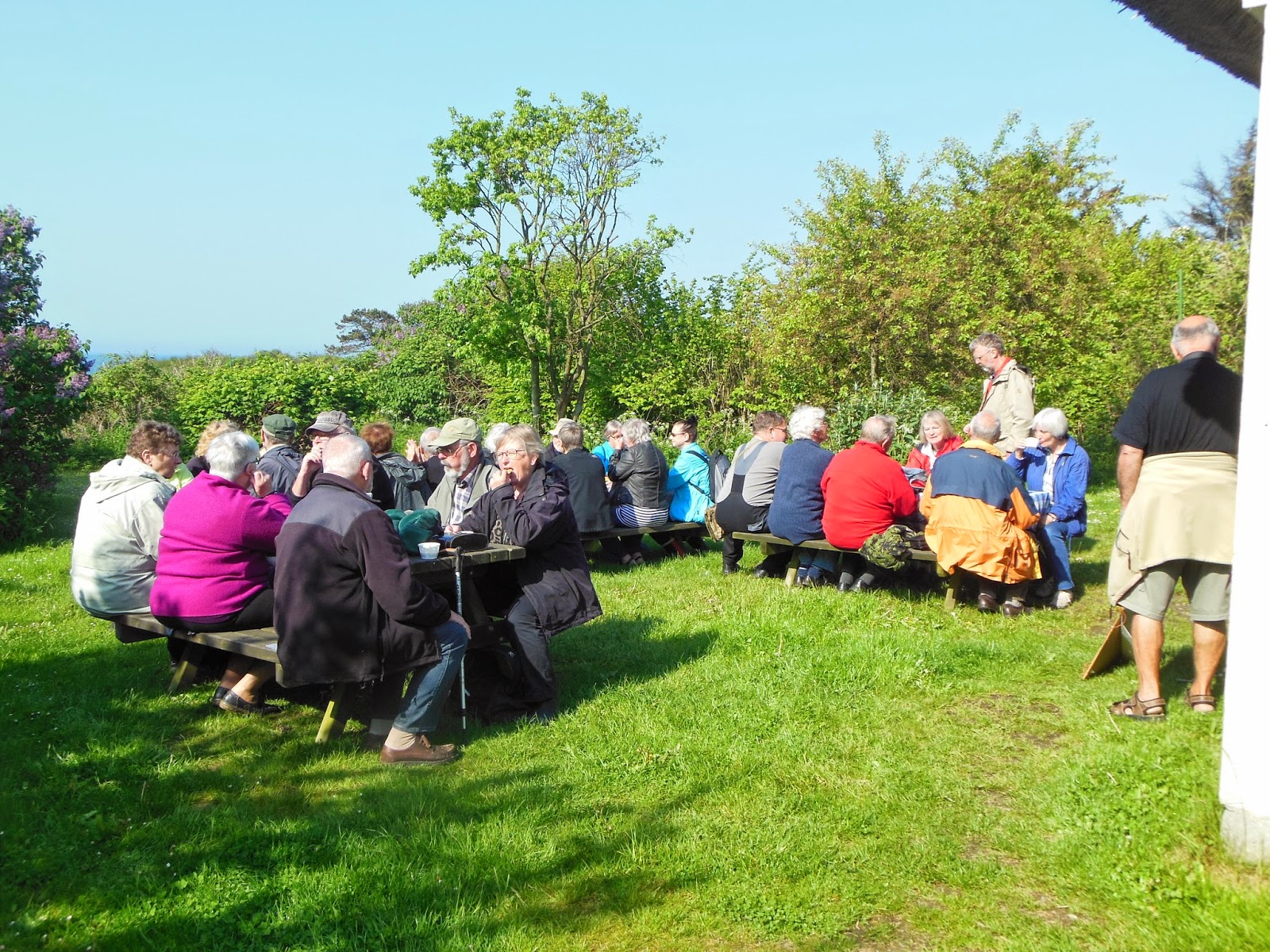 We had a large visiting group of ex-teachers from Nykøbing today; they unfortunately arrived after the dawn rush but they all got to see a few birds in the hand and hopefully enjoyed themselves seeing what happens here - a very civilised affair as well, here they are partaking in coffee and biscuits! 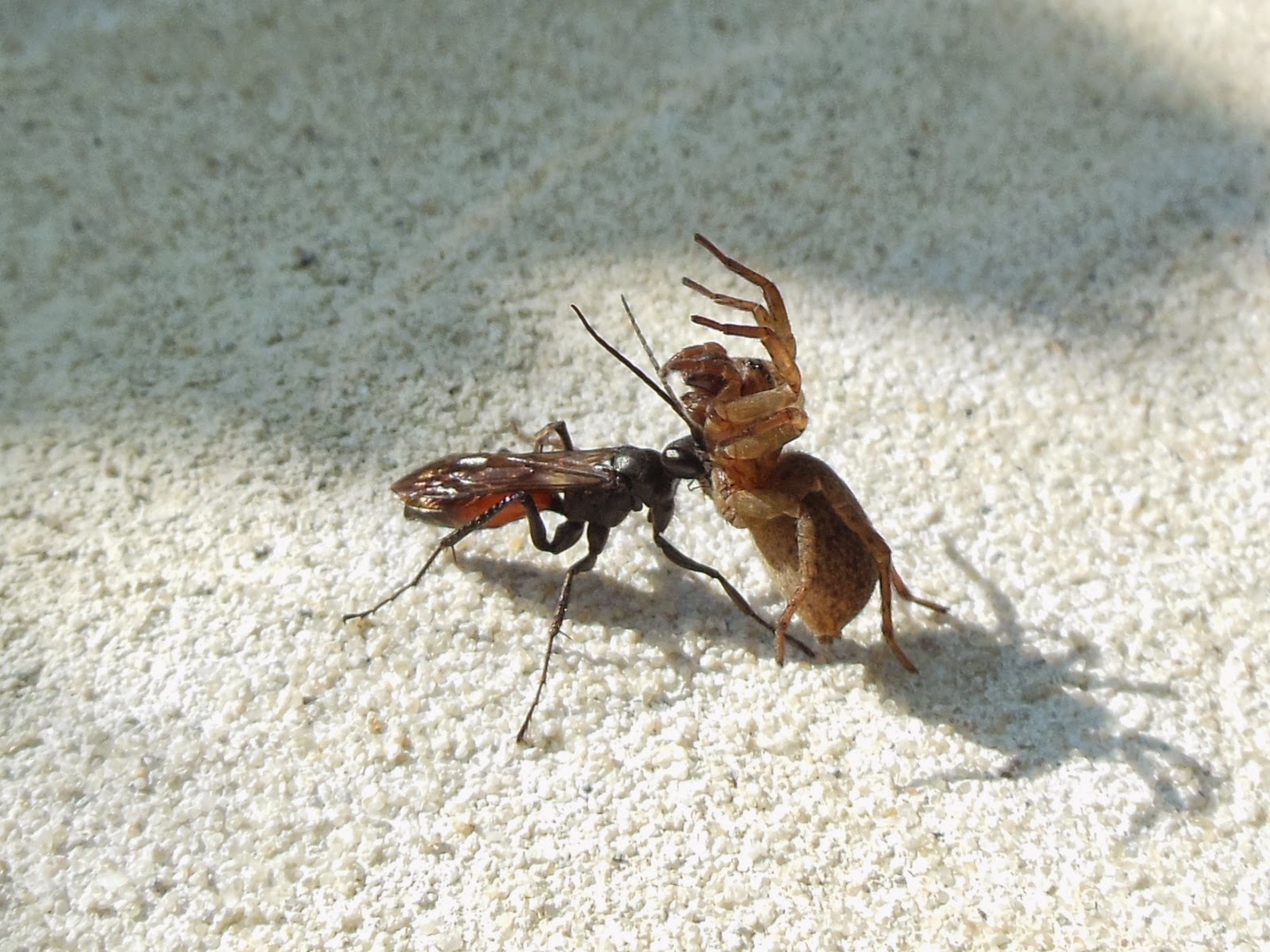 This wasp was dragging this poor paralysed spider up the side of the house this afternoon - just needed a David Attenborough narration in the background!
Indsendt af Gedser Fuglestation kl. 18.17