Heavy, persistent rain from just after dawn delayed proceedings until around 10:30 when I managed to open the nets as it brightened up; I rushed round opening the nets expecting a few birds to have been dropped in by the rain and it was initially promising as I soon caught a cracking Wood Warbler, 2 Redstarts, 3 Lesser Whitethroats and single Garden Warbler, Blackcap and Willow Warbler.....that was pretty much it however for it cleared up to be a lovely bright, sunny afternoon but nothing else made it into the nets. 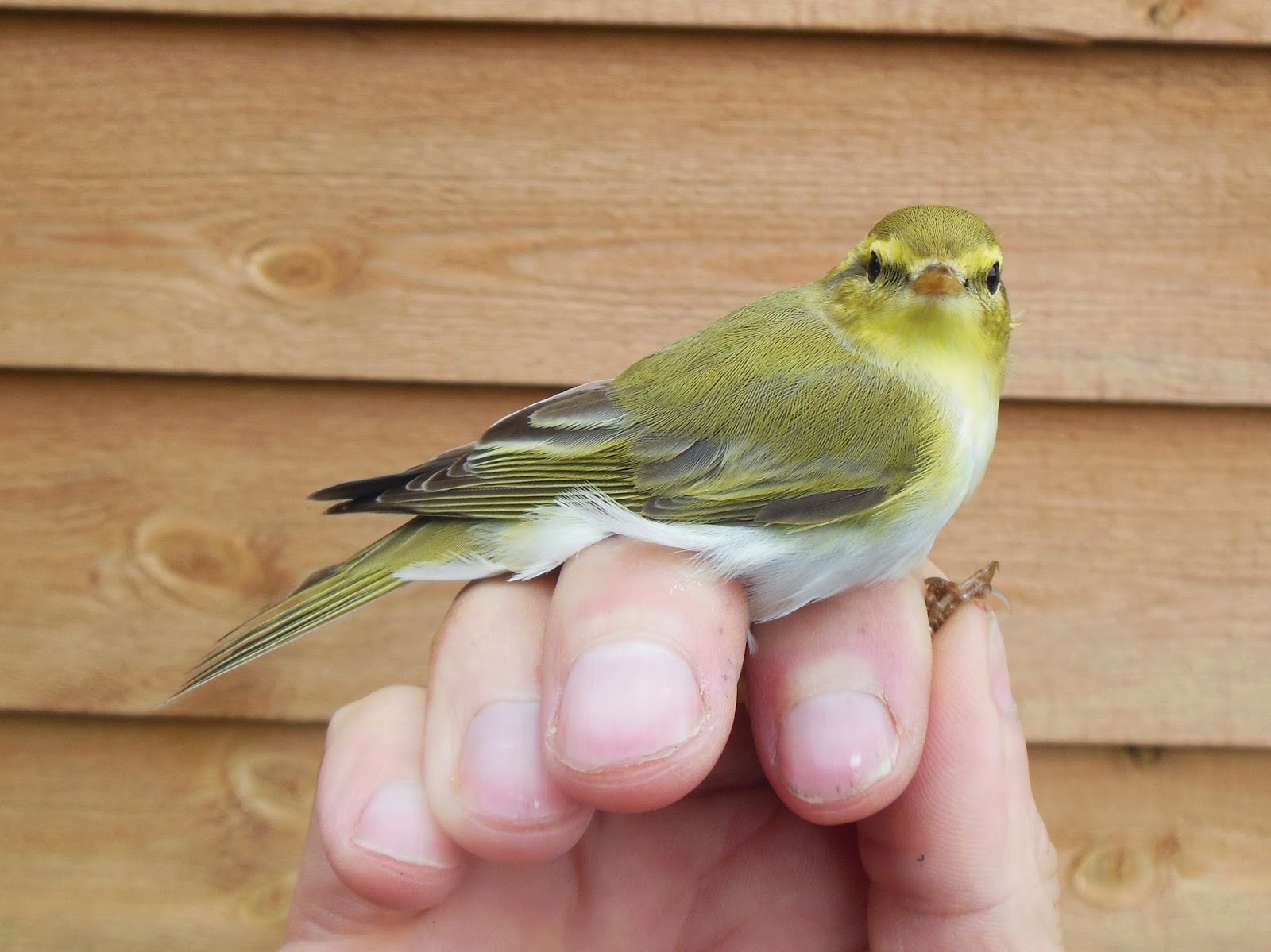 There was a brief but busy burst of migration action pretty much as soon as the rain stopped mid-morning with the first Hobby of the year over the garden, 4,000+ Barnacle Geese over, 2 Black-throated Divers, a Greenshank, a Whimbrel, a few flava Wagtails, Tree Pipits and hirundines over and flocks of Black-headed and Common Gulls, Sandwich and Commic Terns high over to the east.   I was running round like a headless chicken when the rain stopped, trying to open nets, watch the sea, scan through the Geese flocks and look around all at the same time - in a way a good job the burst of activity didn't last long else I would have had a breakdown....would have been fun though!

Two Marsh Harriers flew south and out to sea in the late afternoon when there were also 40+ Sand Martins buzzing around the colony out on the tip.﻿ 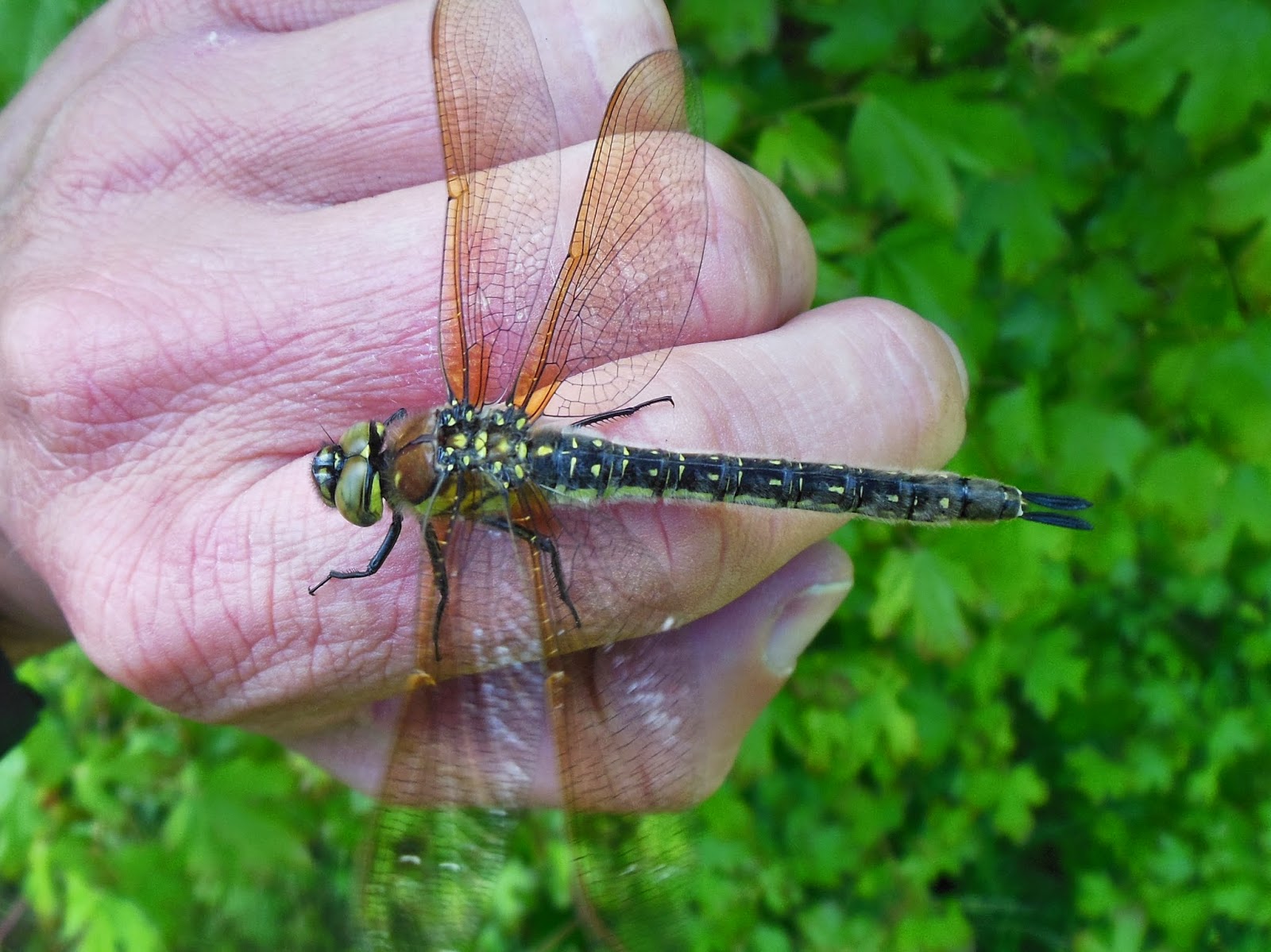 A better picture of a Hairy Dragonfly (håret mosaikguldsmed) having a break to compose herself after a 'hard extraction' from a mist net
Indsendt af Gedser Fuglestation kl. 18.44