Internets down! Now its back!

The glorious, summer-like conditions remain over Gedser and today (25th) it produced a good varied morning's ringing with most of the action predictably in the first few hours of the day; highlights for me were 2 awesome Hawfinches, another Red-breasted Flycatcher, a nice female Blue-headed Wagtail and the overdue first Marsh Warbler of the spring to find its way into a net.
Other migrants caught included 8 Icterine Warblers, a Reed Warbler, a Lesser Whitethroat, 6 Whitethroats, 7 Garden Warblers and a Yellowhammer. 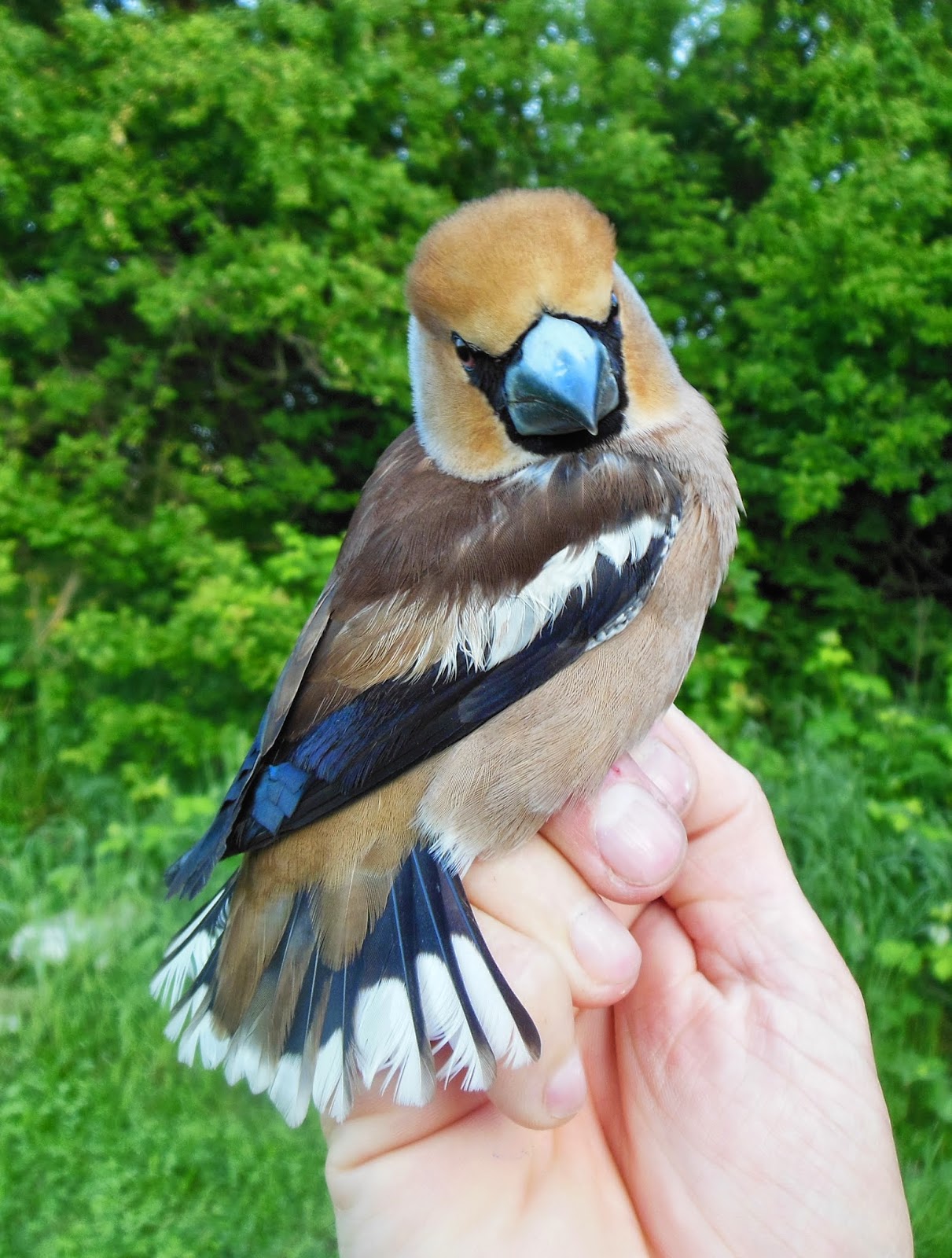 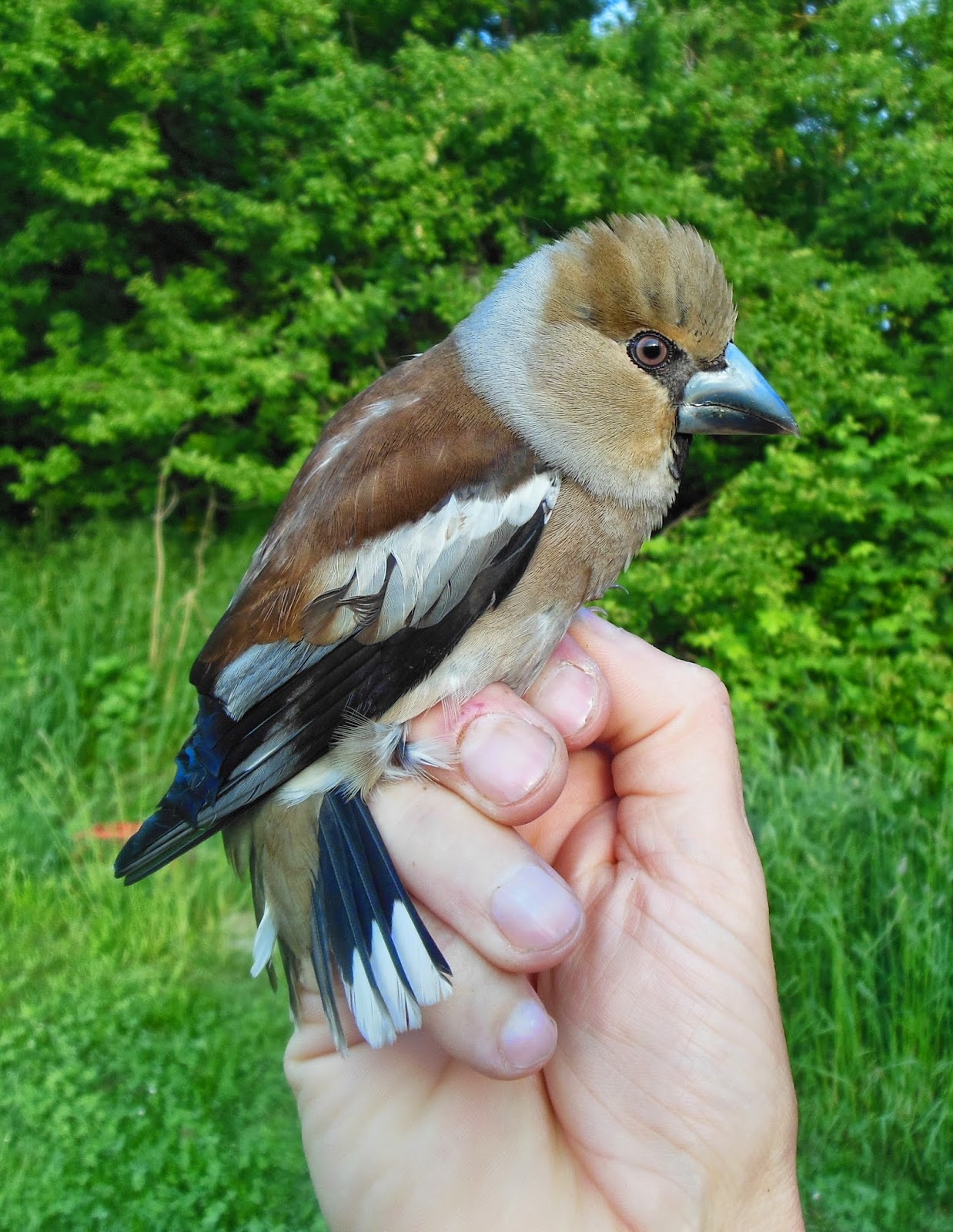 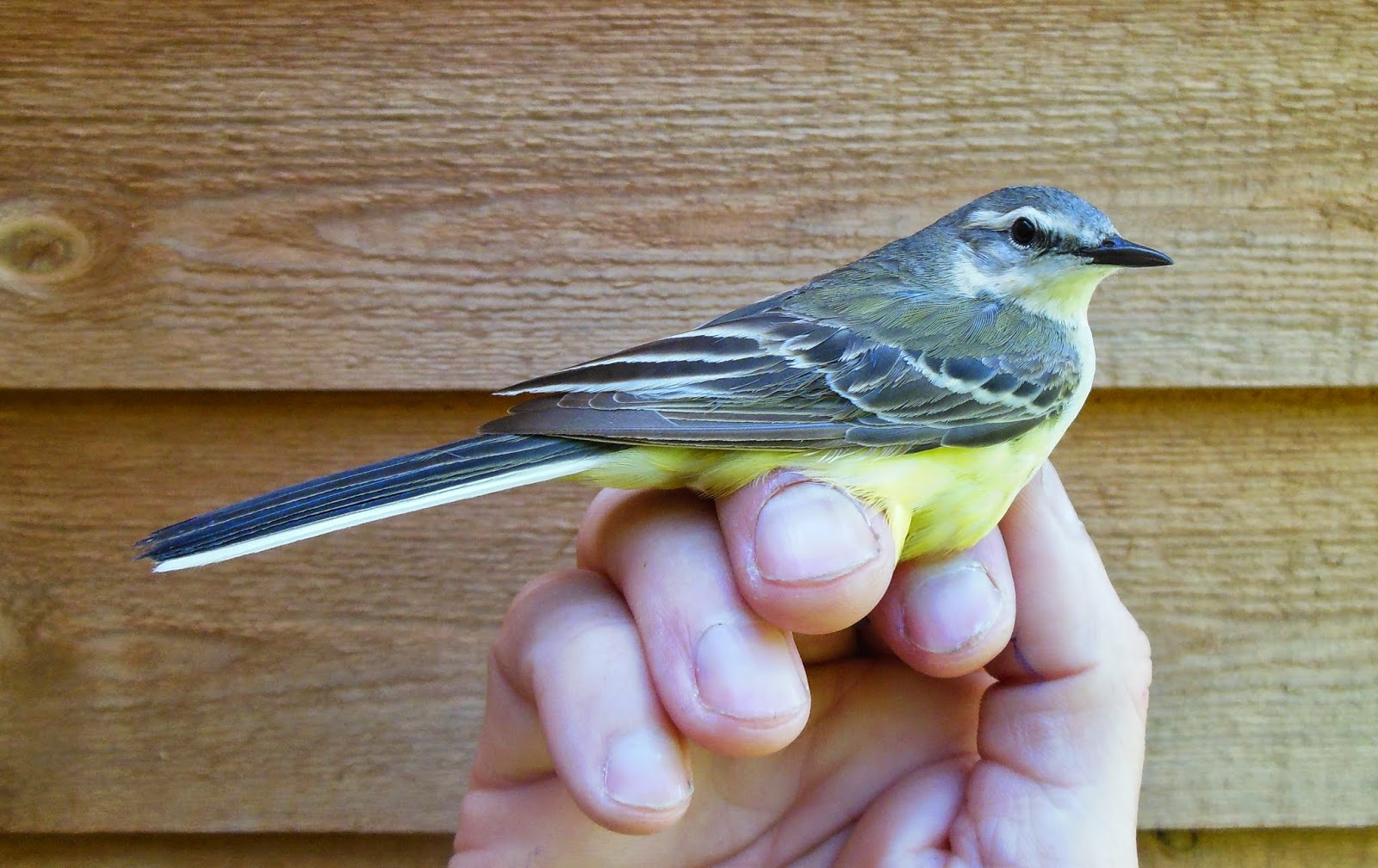 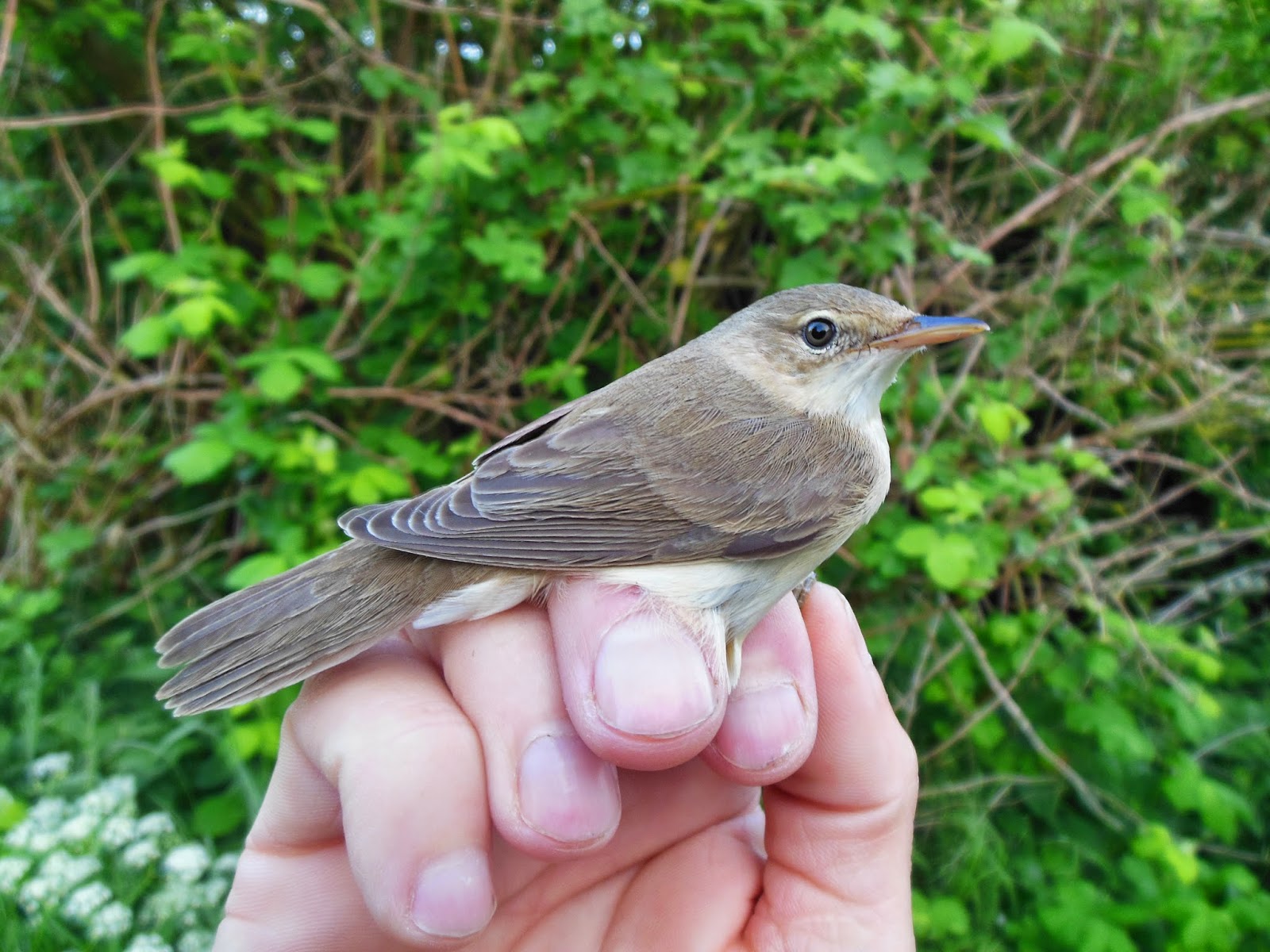 Marsh Warbler
﻿
There was some excellent vis mig action at the tip today as well, with the quality coming late morning (in fact, almost as soon as the group of four birders staying at the station for the weekend left to go back north!).   A Black-headed Bunting called a few times as it went south down the coast, a total of 8 Bee-eaters also flew south (two groups of three and a two) and a Red-rumped Swallow flew south down the coast and out to sea with presumably the same bird coming back north 45 minutes later.
Also seen were a few raptors including 6 Honey Buzzards north and an Osprey, 5 Kestrels, 6 Marsh Harriers and a few Buzzards going south.

Also of note the Great Reed Warbler, first seen at Kroghage yesterday was still singing occasionally but not showing at all! 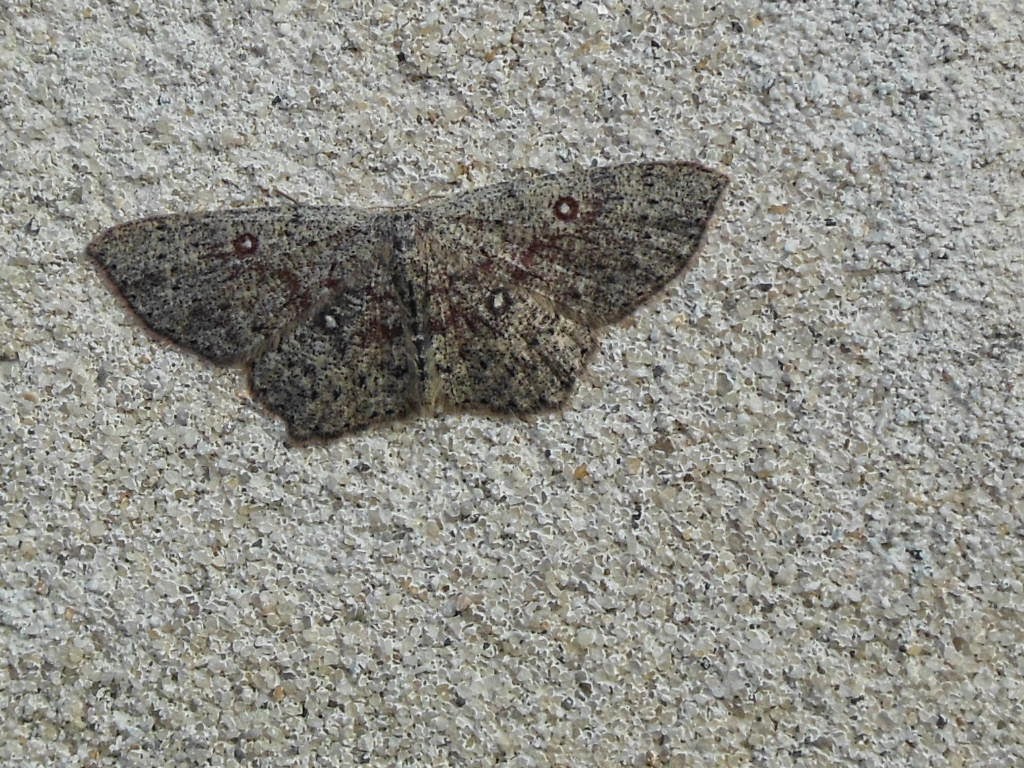 Dingy Mocha
The photograph I took of a Dragonfly and put in yesterday's post was not, as I surmised a Northern White-faced Darter but instead it was a Large White-faced Darter Leucorrhinia pectoralis which is much rarer and is the first record for the Gedser area! 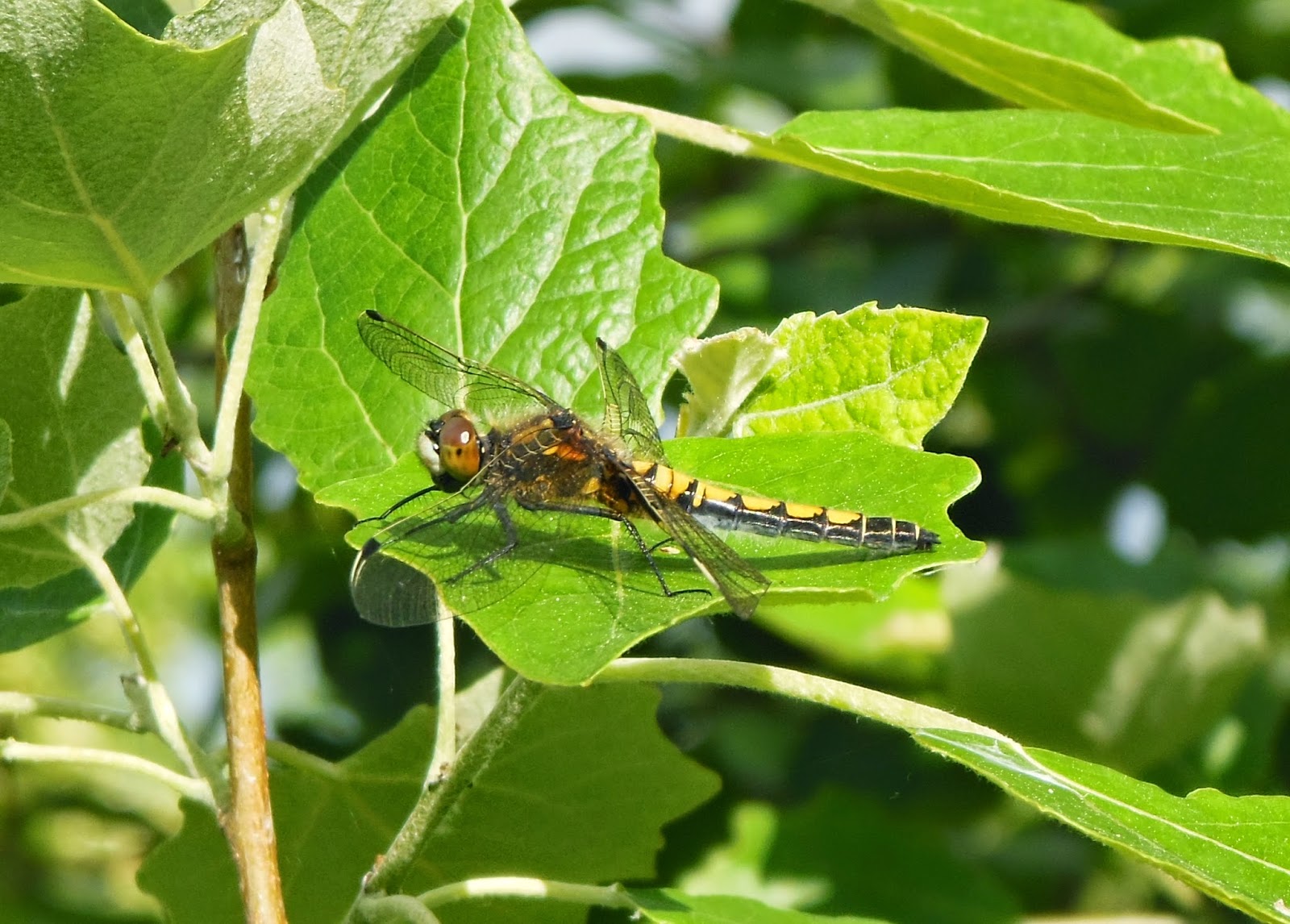