More of the same today with calm, sunny and warm conditions but this time there was a decent arrival of birds in the garden - at least in the first two hours after dawn anyway, when I caught the vast majority of the 44 new birds ringed today; a cracking female Bluethroat and the first Common Rosefinch of the year were the pick of the bunch.
Numbers were made up of 6 Redstarts, 4 Lesser Whitethroats, 7 Whitethroats, 3 Garden Warblers, 14 Willow Warblers, 4 Spotted Flycatchers and a Pied Flycatcher. 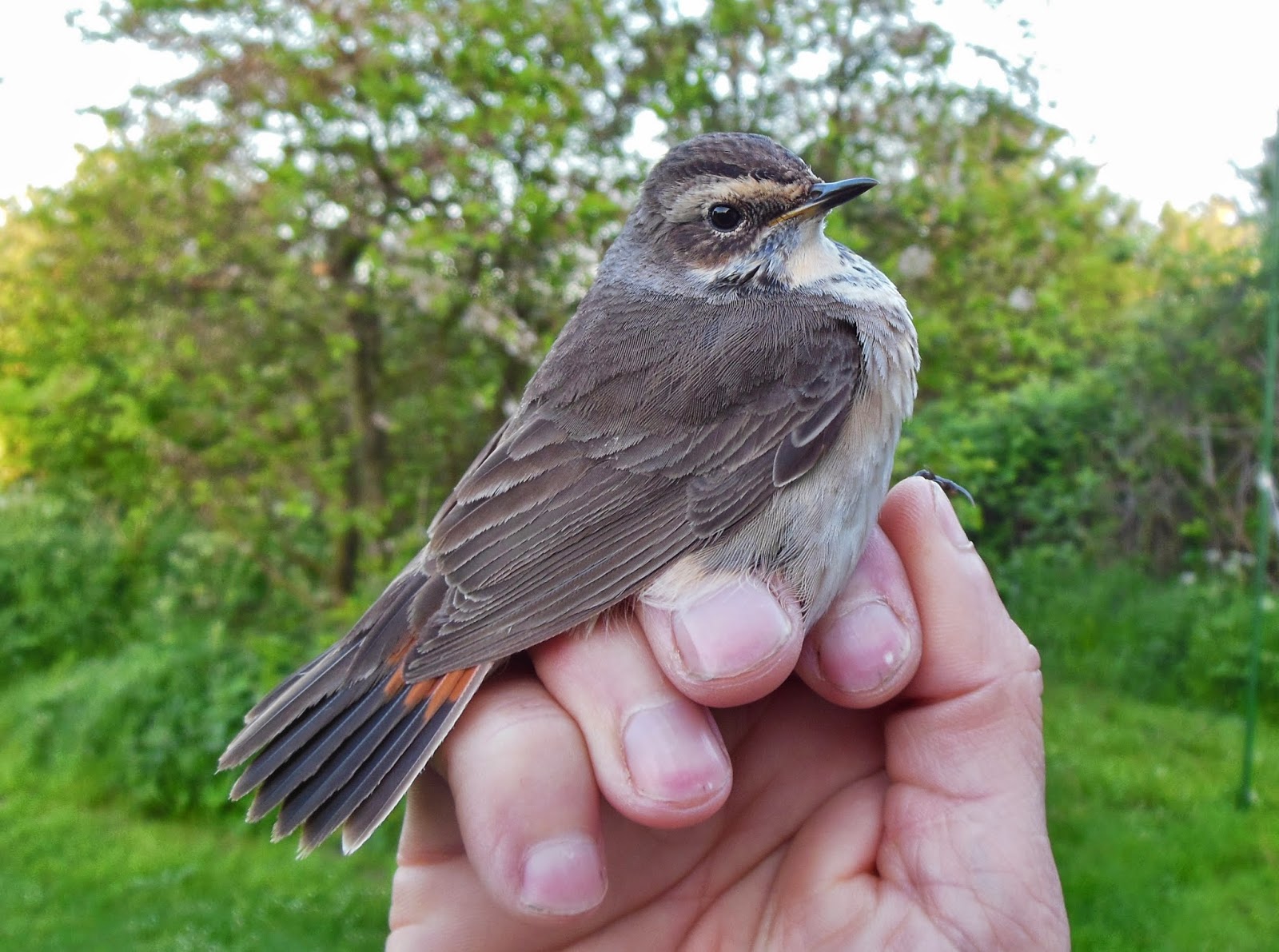 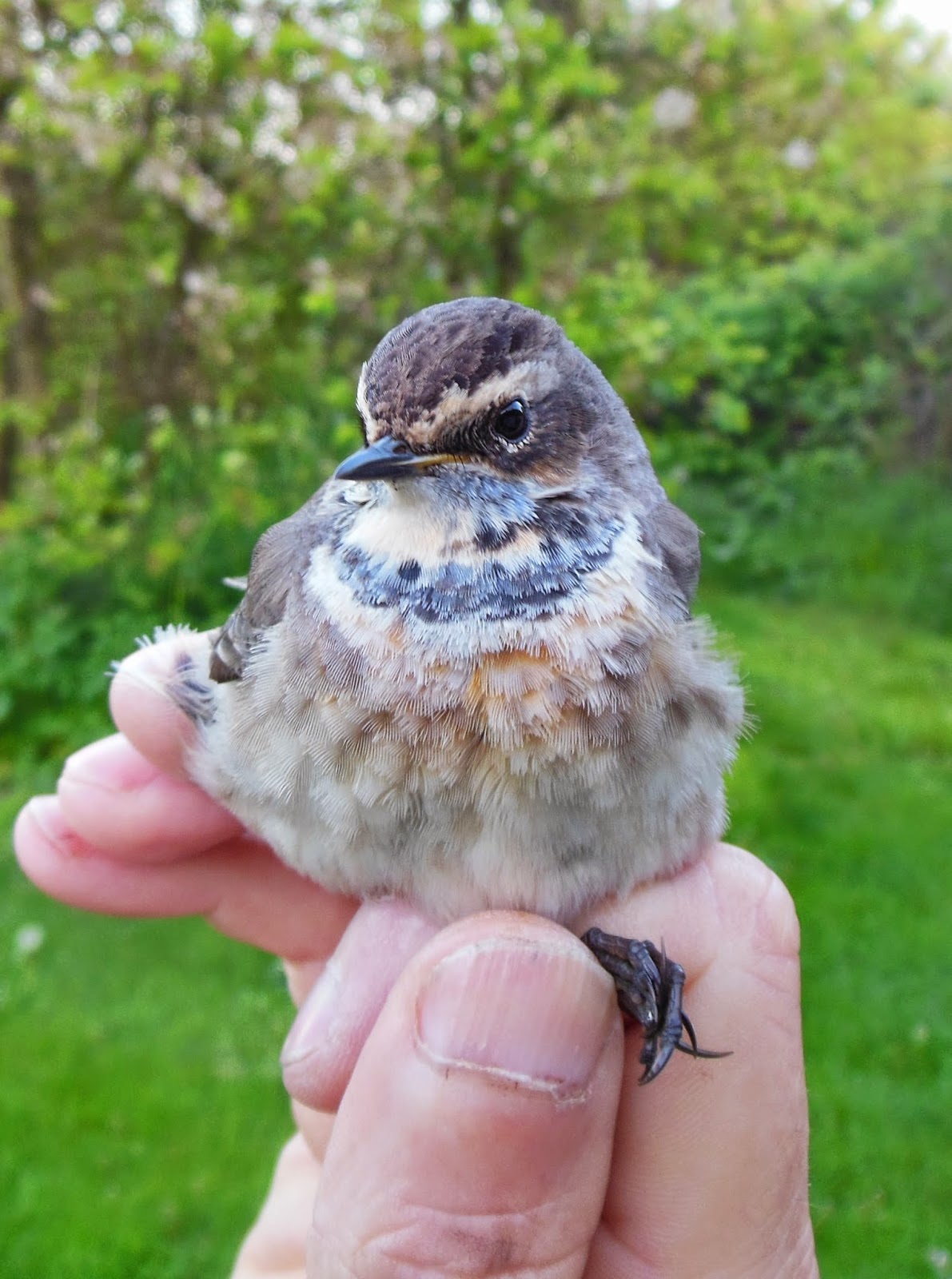 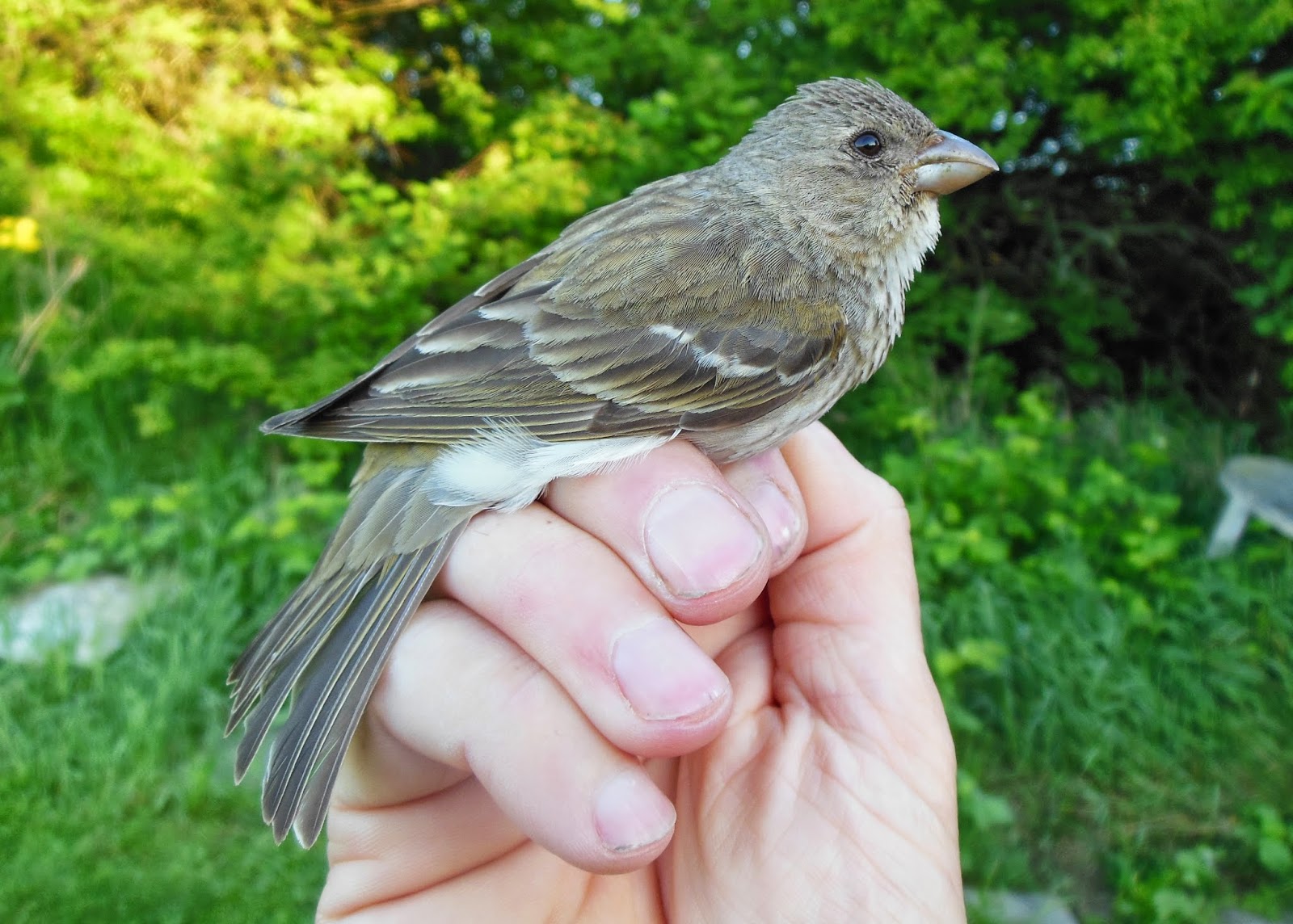 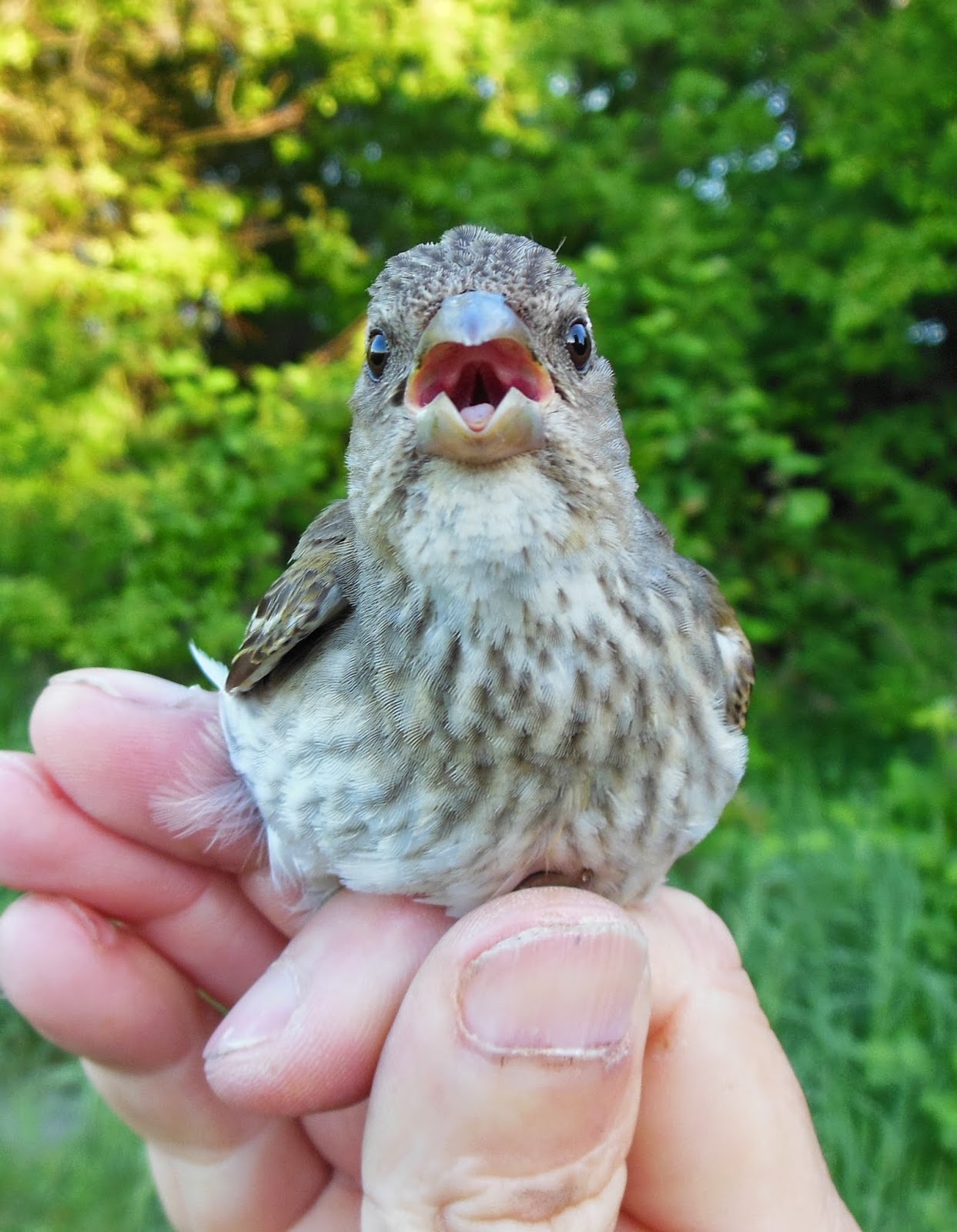 Common Rosefinch
Not much else was seen from the station through the morning with the exception of a ten minute period when 3 Honey Buzzards and a Hen Harrier came in low across the sea.   Visible migration was a bit quieter today with more Geese heading NE with the Brent Geese starting to get going, a few Black-throated Divers going backwards and forwards and another small flock of White-winged Black Terns.
A thanks must go to the three Copenhagen birders who stayed last night, not only did they give me a couple of beers last night, one of them left me his Leica scope - it must have been meant as a gift!﻿ 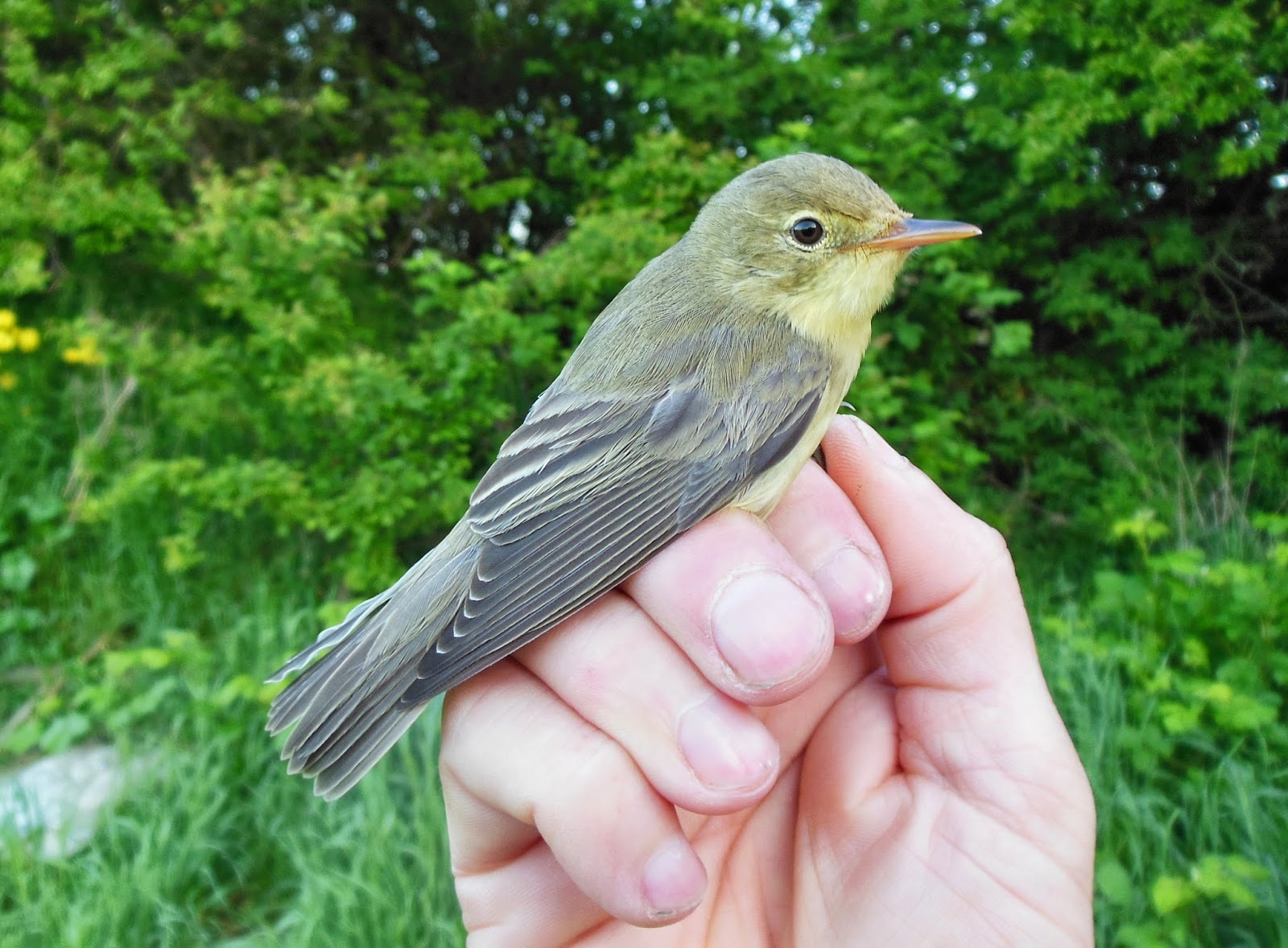 3 out of the 4 Icterine Warblers caught this year so far have been re-traps - today's bird was from July 2011
Indsendt af Gedser Fuglestation kl. 18.14